The male choir Espoon Mieslaulajat ESMILA (Espoo Male Singers) has established its position among the foremost male choirs in Finland during its thirty nine years existence. The music consists of traditional national romantic music, opera and popular music, folk music and also modern choir music. Religious music has also a strong position in the repertoire of the choir.

The choir has staged a lot of concerts and made several tours abroad. The most exiting tours have been the concert tours to USA in 1982 and 1995 and Finland’s 75th Jubilee Year Tour to the Far East in 1992, which was the choir´s greatest challenge and succes so far. In 2009 we made a concert tour to South Korea where we had several successful concerts in Seoul and Pohang. In addition to this, the choir has made a lot of shorter concert tours to European countries and to the Russia.

We continuously look after new singers to our choir. If you are inspired about singing in men choir you are very welcome to visit us and see how we practice.

We practice every Tuesday from 6 pm to 9 pm in restaurant Niittylounas address Pihatörmä 1B.

You can see our next concerts on top of this page.

We can offer different singer compositions to your parties/occasions depending your requests and hopes. Typical occasions we have been performing have been birthday parties, company parties, commemorations  etc.

I have been working as conductor in Esmila since 2005. Before that I had already worked long time in different music projects and also conducted several choirs (Laulu-Miehet and Akateeminen mieskuoro Psaldo), sang in professional choirs (in Radion kamarikuoro and currently in Helsingin kamarikuoro) and teached singing to many anxious singer. Music is my life, I do it with love letting my heart to sing at one time. 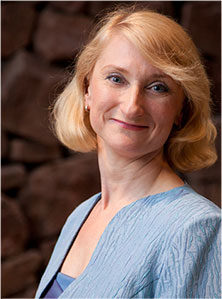